To share your memory on the wall of James Terrel Rackley, sign in using one of the following options:

As a young man he left Arkansas seeking other opportunities, first in the Navy at the end of World War II. In the late 1940’s he joined other men from Atkins working in the Middle East building the Trans-Jordan pipeline. In 1953 he moved his young family to Anchorage, Alaska where he continued construction work . He ran pipeline crews in Guam, Hawaii and across Alaska from the Yukon River to the Whittier fjords and to the far reaches of the Aleutian Islands. He was well known and respected for his skills and experience.

He enjoyed hunting and fishing in the Alaskan outdoors and his children remember large amounts of salmon, crab and game at the kitchen table. He often spent winters in Phoenix, Arizona where he took up golf. He returned to Atkins frequently to visit family and friends. In the late 1970’s he moved back to Atkins to pursue his life long interest in raising cattle. He was active as a cattle rancher until just a few years before his death. He had a wide range of friends including a special group in a poker club that met for many years.
He was fond of children and dogs, had a keen eye for cattle, played a shrewd hand of poker, was a great storyteller and loved his extended family. He quietly helped those less fortunate.

The family wishes to thank the compassionate caregivers at Arkansas River Valley Hospice in Russellville. Private internment will be at Bowden Cemetery on Crow Mountain. As he instructed, no service will be held. Lemley Funeral Home is serving the family.

Receive notifications about information and event scheduling for James Terrel

We encourage you to share your most beloved memories of James Terrel here, so that the family and other loved ones can always see it. You can upload cherished photographs, or share your favorite stories, and can even comment on those shared by others.

Plant a Tree in Memory of James Terrel
Plant a tree 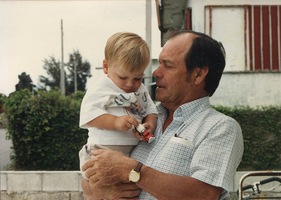 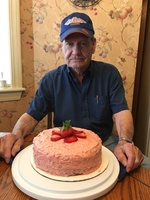